Caring is an Important Part of our Culture

The AZZ Cares Foundation is a Texas non-profit corporation formed on December 21, 2017 and qualified as a charitable fund on August 29, 2018.
Donate Now

How the AZZ Cares Foundation may help:

Support for our Employees and their Families

The AZZ Cares Foundation provides charitable support and assistance to AZZ employees and their families when an emergency, disaster, or personal hardship occurs.

Support for our Communities

The AZZ Cares Foundation provides charitable support to other 501(c)(3) organizations that serve the communities in which AZZ employees live and work.

Watch the video to hear AZZ employees tell how the foundation stepped up and cared for them in the aftermath of the storm.

When you donate to a cause, you wonder ‘where’s my money going?’. And in this case, I saw the other end. People donated and we saw the result of those donations.

Taking Action When Help is Needed

Hurricane Harvey hit Texas on August 25th, 2017 as a category 4 hurricane. The storm dumped a years-worth of rain in less than a week on Houston and much of southeastern Texas. In total, more than 27 trillion gallons of rain is estimated to have fallen over Texas, causing two
flood-control reservoirs to breach,  making Harvey the wettest Atlantic hurricane ever measured. The subsequent flooding in the Houston area was estimated to have caused $125 billion in damage, making Harvey the second-most costly hurricane to hit the  U.S.  since 1900.

An Outpouring of Support After Hurricane Harvey

Help for employees who needed it most

In total, more than 250 AZZ employees, and their families were affected by Hurricane Harvey. Some lost everything, while others experienced minor flood damage. Regardless of need, donations provided by those who generously support the Foundation went directly to helping employees recover. 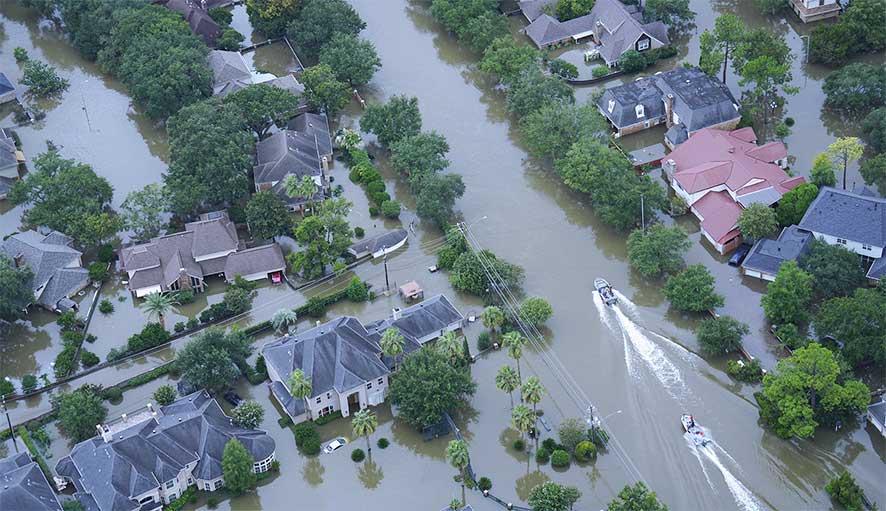 The AZZ Cares Foundation demonstrates just how much AZZ cares about its employees, their families and the communities in which they live and work. It has the power to change lives and help when help is needed the most.

Your Support is Needed

When you donate, you are providing assistance to AZZ employees, their families, and the communities in which they live.  You can change lives.

100% of all donations from employees, vendors, and all other third parties go directly to helping those in need. All administrative costs of operating the AZZ Cares Foundation are donated by AZZ Inc.